Top Sites to Visit in Stockholm 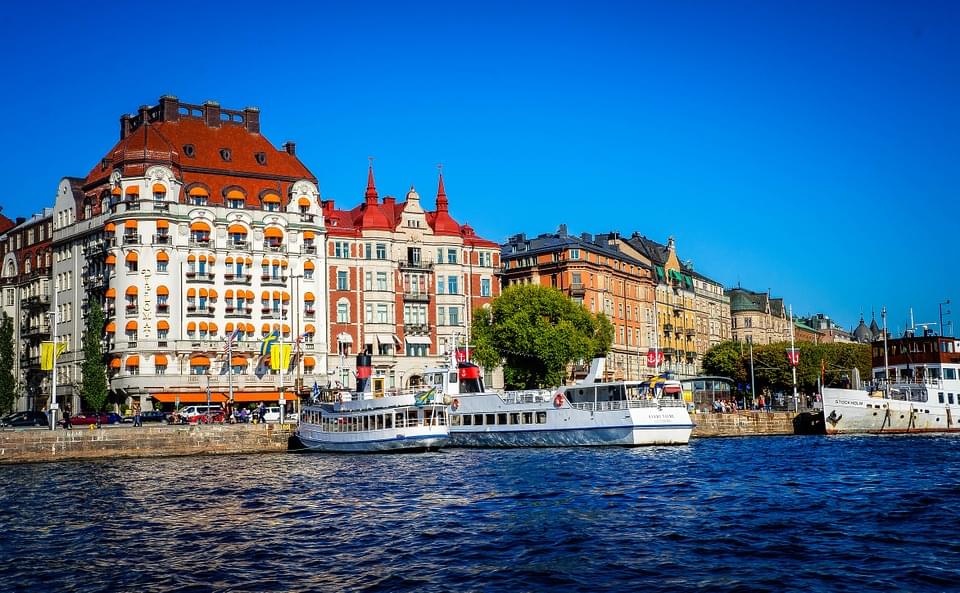 Skyline and Demography of Stockholm

Stockholm is the center of life in Sweden. The most populous city in Scandinavia is also the capital of Sweden. Culture, politics, government, commerce, all of the nation’s action begins and ends in Stockholm. Stockholm lies on Lake Malaren and thirty percent of the city is comprised of waterways, with 14 islands connected by 50 bridges. An under the bridges tour of Stockholm is a must. Another thirty percent of the city is made up of parks and gardens, which are worth exploring or just spending an afternoon in, relaxing. You can explore the region’s Nordic history. The city is also a great party scene, particularly in Sodermalm. From the city, you can also explore the greater Stockholm archipelago. In the city itself, there are a few must-see sites.

The building where the Nobel Prize ceremony takes place is also the seat of Stockholm’s government. Tours of City Hall are available and take you through the Council Chamber, designed to look like a Viking longhouse, the Golden Hall, which has a large mural depicting a scene from Sweden’s history made up of 18 million pieces of gold leaf and to see a 10,000 pipe organ. The outside of the building is one of the most recognizable landmarks in Stockholm with its golden Three Crowns topped spire.

The Old Town has been around since 1252. It hosts many of the city’s top architectural sights, including the Riddarholmen Church, a royal burial church, Riddarhuset (House of Nobility), Bonde Palace, and Tessin Palace. Stortorget, the oldest square in Stockholm, is located in Gamla Stan. You can also find many great shops and eateries.

You can’t go to Sweden without exploring the history of banking. The world’s best coin collection is filled with a collection of ancient coins as well as the world’s largest coin, made in 1644 and weighing in at 20 kilograms, and the world’s first banknote, minted in 1661.

The home of the King of Sweden was built in the 18th century and has over 600 rooms and 5 museums. You can tour the building to see the Hall of State, the Armory, the Hall of the Orders of Chivalry, and the Treasury.

This UNESCO World Heritage Site was built in the seventeenth century. The palace has a park, a Baroque-style garden, a Chinese Pavilion, and a theater where you can attend performances that still use the original eighteenth-century stage machinery.

Take a look at marine life and history at this museum built around the recovered wreckage of a 17th-century warship. The ship sunk on its maiden voyage in 1628 and was discovered 333 years later. Much of the ship is original with some restoration. Tours of the ship are offered daily. There are also ten exhibits surrounding the ship.